Less is More Challenge: bring something back 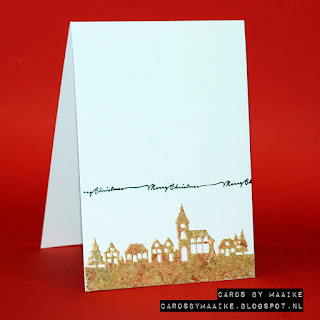 This fortnight it's all about old things: stamps, techniques, anything we did/used a good while back.

For my card I chose Gold Leafing, as it seems to have been forgotten when (hot) foiling became a thing. 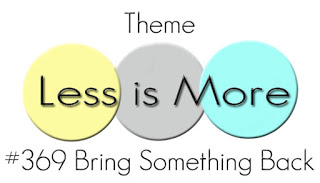 So for my card I die cut the Village with Church (Craft emotions) from cardstock. I did try it with stick it on the front and back, but that got so pushed into the paper when diecutting, I couldn't get it off again. I probably used too thick a card. So second time I just diecut it and then used another oldie but goodie: the gluepad and smooshed it onto the diecut, then sprinkled on some Cosmic Shimmer gold leaf. The inkpad was quite dry,but I didn't feel like reinking, for
such a small piece...so I double dipped and well let's just say now I need a new gluepad lol.
After applying the gold leaf and rubbing it in and off I used liquid glue to adhere the diecut to the cardbase.

The sentiment is from Studio Light and also a few years old, much like the village,so old tech, old stamp and old die and haha old cardmaker lol... I stamped it with Versafine Onyx black ink.

For more information or to play along the Less is More Challenge, see this.
at April 15, 2018 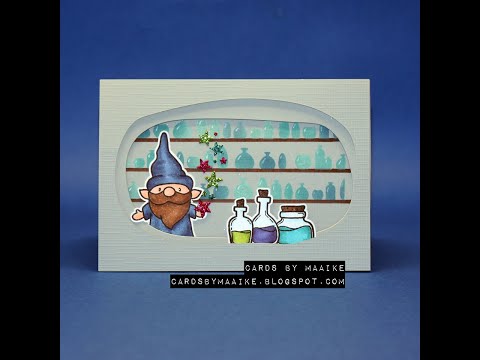