It's a stitch up! 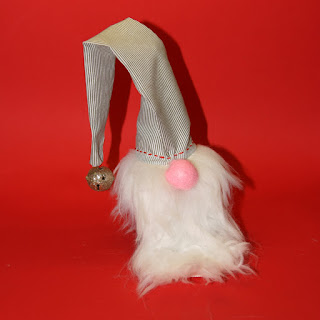 For my entry I stitched up this Nordic gnome.
I started with a Styrofoam cone and glued some grey wool felt to it as if that's his coat.
Then I scrunched up pink felt into a nose.
I cut up some fake felt for this beard and hair and hot glued it to the cone.
I've hidden the seam of the grey felt under his beard.
For the hat I cut a long triangle and stitched it closed on one side. Then I  folded the base back to neaten up the edge and made a stitch line with red embroidery thread. To hold up the had I stuck a bit of metal wire into the cone (I rounded up the end, so it's not sharp anymore) then I used the same red thread to attach the jingle bell to the end. I wish I had a red one, but alas.

The hat has grey pinstriped, I thought that would coordinate nicely with his "coat".

For more information on the Simon Says Stamp Monday Challenge, see this
at November 13, 2017

AAA Birthday Cards February Challenge: #46 Use a Stencil(s), with video 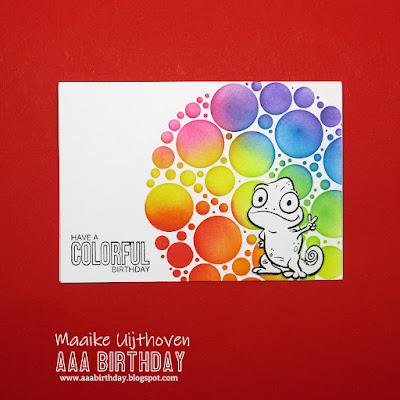