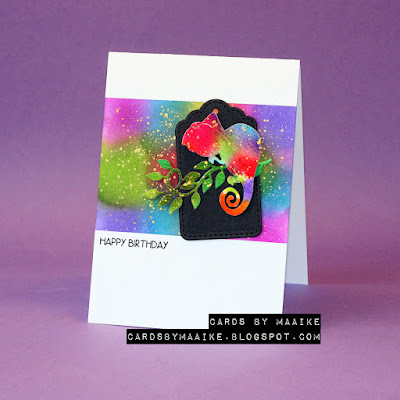 There's a new challenge at the Less is More Blog and well I don't usually use tags on cards. Not my style, and so this card has seen a few guises before I decided this was the best for me .

I started with the Chameleon. it's a left over piece and I liked it was so colorful. It's from Craft Emotions and I watercolored it sometime ago, I think it's ecoline, but it might be Distress ink refills, in fact I think they are, but the magenta pink got me stumped. Doesn't matter really except if you want to try and  use the same colors  on the cardbase haha.

I diecut the tag from black card 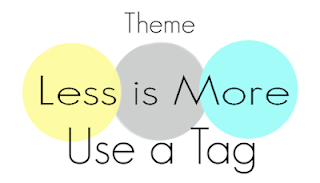 as I thought the colors of the Chameleon would stand out better, the leafy branch is from the same set (115633/0270).

On a crisp white base the black looked too stark, I liked it, but many might not. so I tried a pink or blue cardstock and they were blah . so I swiped Distress inks on a few cardbases to ground the tag..blah, inksmooshed a few cardbases, also blah. then I decided on an ink blended strip in the back. I've used Distress inks and other dye inks. also splattered with golden watercolor to match the chameleon, like he's absorbed the background. 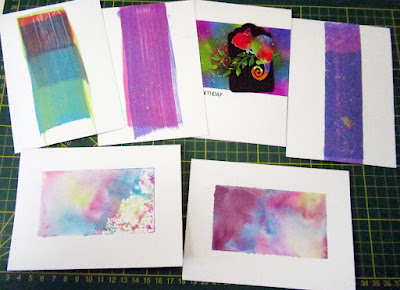 The sentiment is from Whimsy Stamps (SImple Sentiment strips). 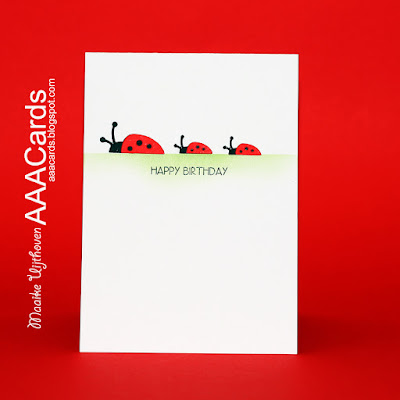