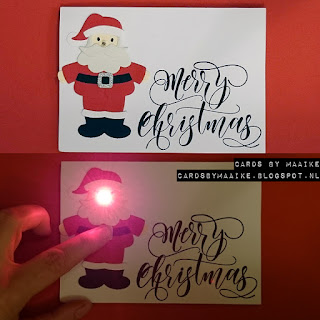 Yesterday night I've been playing with led lights. I am currently editing a video for it, it's scheduled for November 15th, so please come back, if interested.

It's way too hard to explain it in words only.
But basically I've used a diode led light with bulb and a battery.
4 layers of foamtape to hide everything.
I don't really like the messy looks from the side so I will also try it with craft foam and a pocket for the battery, but that wouldn't have worked on my first version.

Anyway I think it's super fun, as if Santa got eggnog instead of milk at too  many houses ;-).
I've used the Marianne Design collectables col1391 for Santa.And Simon Says Stamp Merry Christmas stamp with Versafine Clair ink.

As the Simon Says Stamp Wednesday Challenge, is Anything goes, showcasing SSS products, I thought I would enter it now and and the video later. 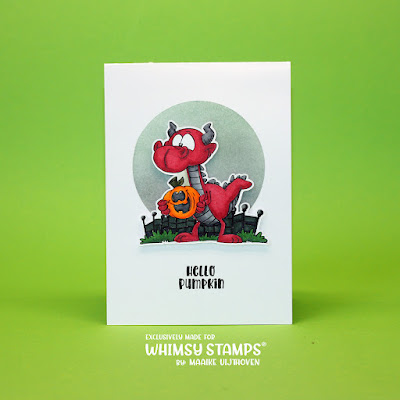